The YPL Book Club is the place to be!

The club meets the 3rd Thursday of the month at 2 PM.
(No meetings in July, August or December). 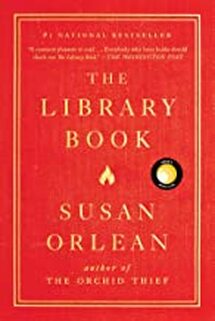 The Library Book
by Susan Orlean

On the morning of April 28, 1986, a fire alarm sounded in the Los Angeles Public Library. The fire was disastrous: it reached two thousand degrees and burned for more than seven hours. By the time it was extinguished, it had consumed four hundred thousand books and damaged seven hundred thousand more. Investigators descended on the scene, but more than thirty years later, the mystery remains: Did someone purposefully set fire to the library—and if so, who?

Author Susan Orlean delivers a reflection on the past, present, and future of libraries in America” (New York magazine) that manages to tell the broader story of libraries and librarians in a way that has never been done before.
Google Ayalytics UA-82480502-1